Brothers in arms Two orphaned brothers, separated after the deaths of both their parents, were reunited after more than a decade in the trenches of the Gallipoli battlefield. The story … 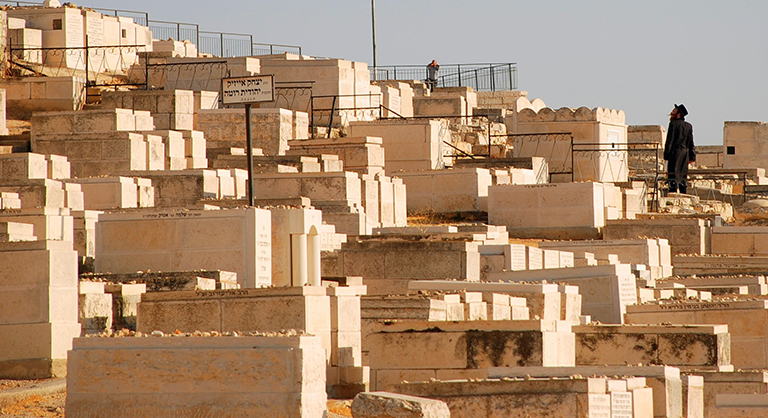 Honouring the dead Author: Emeritus Professor Konrad Kwiet, Resident Historian Jews follow religious laws and traditional rites of burying and honouring the dead. The deceased are thoroughly washed as an … 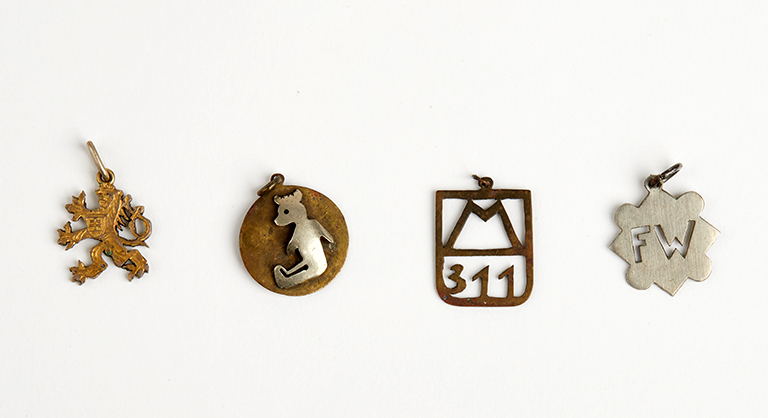 A firefighter’s charms These small metal charms in the Sydney Jewish Museum’s collection were made in the Theresienstadt Ghetto. They belonged to Pavel Thorsch, a member of the Feuerwache (FW); … A recent addition to our collection, this Villeroy & Boch mug that bears Nazi imagery on its base has an interesting history. Synagogues and memory When synagogues were forced to close their doors due to the COVID-19 pandemic, many Jewish communities felt distressed; not necessarily at the knowledge that they couldn’t attend, but …

Telling the Holocaust through poems 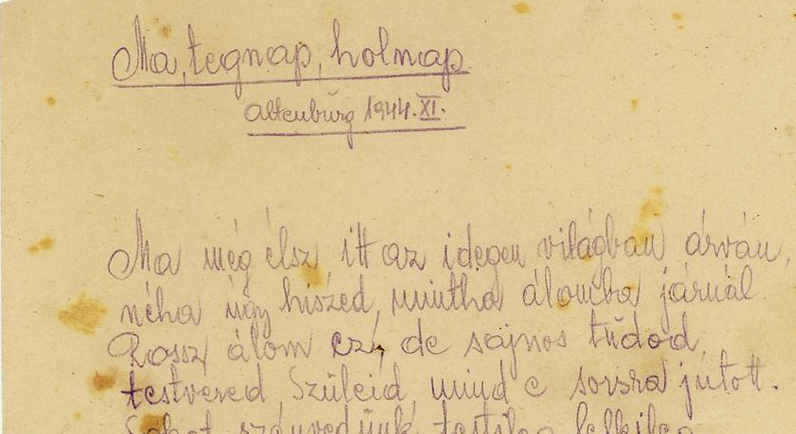 Telling the Holocaust through poems There are hundreds of testimonies in the Sydney Jewish Museum’s collection from survivors who have shared their stories of suffering and survival. It is always … 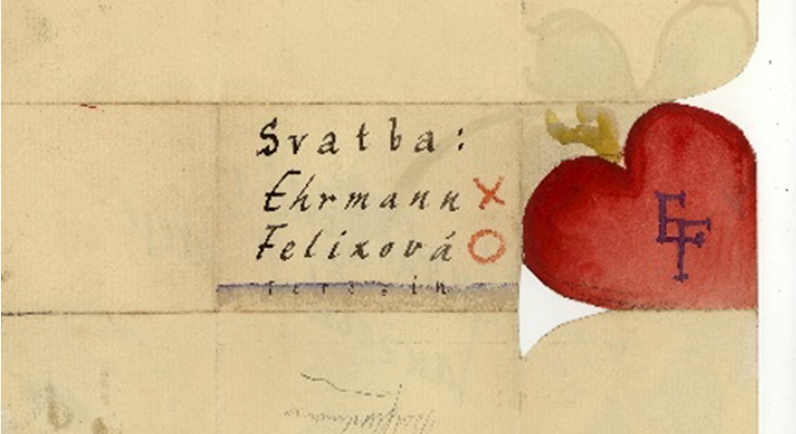 This is a story about the wedding of Otto Ehrmann and Elfi Felixova in Theresienstadt in 1943, before the young couple was to learn of their fates.

Perspectives on the liberation of Bergen-Belsen Perspectives on the liberation of Bergen-Belsen When Bergen-Belsen was liberated on 15 April 1945, a horrific landscape of death and suffering was revealed. News reels, photographs and sketches showed indescribable …

A tapestry of a decade’s stories 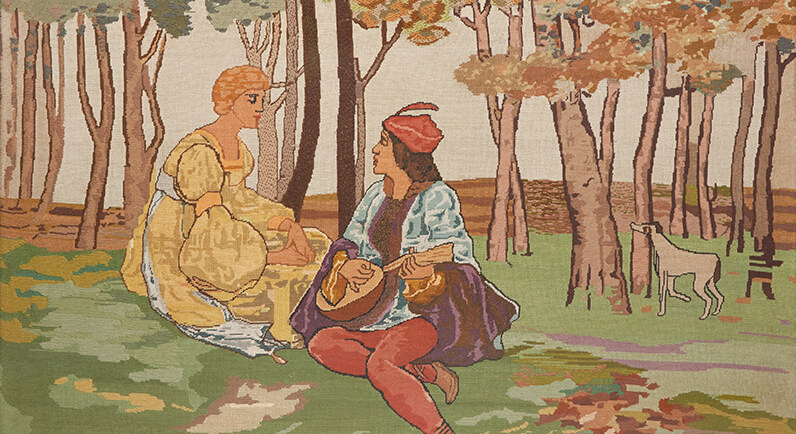 A tapestry of a decade’s stories This large tapestry of an idyllic medieval landscape recently came into our collection, bringing with it a complex and tumultuous story. Behind the colourful …

The many meanings of the festival of Shavuot

“This year in Jerusalem”

The prohibited photographs of Mauthausen 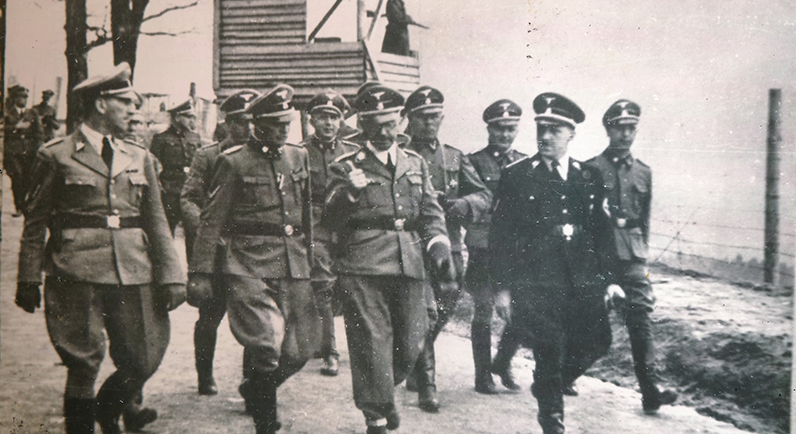 A milestone worth celebrating and collecting

A milestone worth celebrating and collecting A boy’s bar mitzvah and a girl’s bat mitzvah are rites of passage by Jewish law, and milestones in every young Jewish person’s life. … 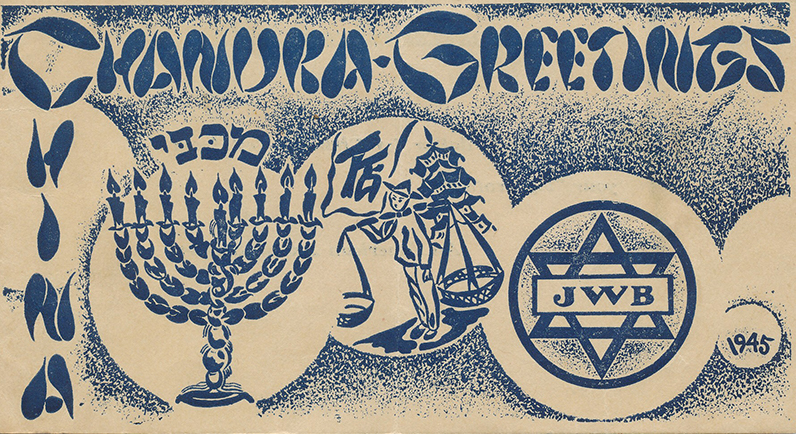 Chanukah Greetings Chanukah is a time when we remember the attempted suppression of Jewish culture and celebrate Jewish resistance and resilience. Chanukah of 1945 was the first time that Jewish refugees, … Children’s Week 2018 This week is Children’s Week. Thousands of children from different locations and backgrounds come through the Sydney Jewish Museum every year with their schools. Most of them …

Anzac Day – A day of remembrance 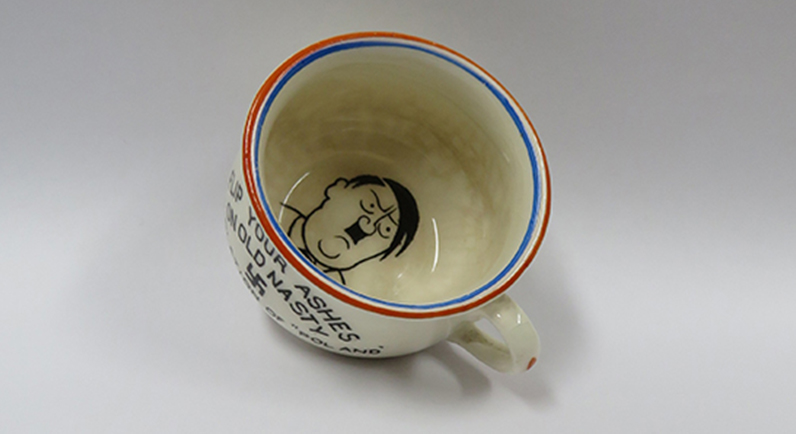 A Tribute to Mala Sonnabend This weekend we commemorate the UN International Holocaust Remembrance Day and the Liberation of Auschwitz. To remember Holocaust survivor Mala Sonnabend, who was liberated from … Education in times of crisis: Ethics or History? Teaching the Holocaust in the post survivor age