Our curators recently received a donation of a family’s collection of silver Judaica items; including a Passover dish, Torah pointers (Yads), charity (Tzedakah) and spice (Besamim) boxes. These items tell a story of a lost religious world. They survived the period of the Holocaust and through post-war Communist Hungary, where religion was tolerated but not encouraged. 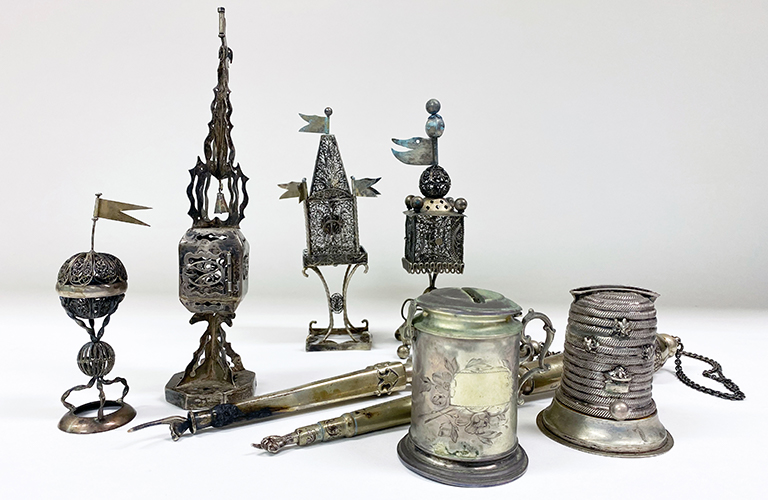 Here is the story of how these items came into the hands of Frida and Jenő Handelsmann, and their journey as they were smuggled from Hungary to Australia.

Frida Dün was born in Krakow, Poland in 1915. She had six brothers. She was deported to Auschwitz and was liberated in Bergen-Belsen. After the war, Frida went to Budapest where she found Joseph, one of her only two surviving brothers. Their parents did not survive the Holocaust. 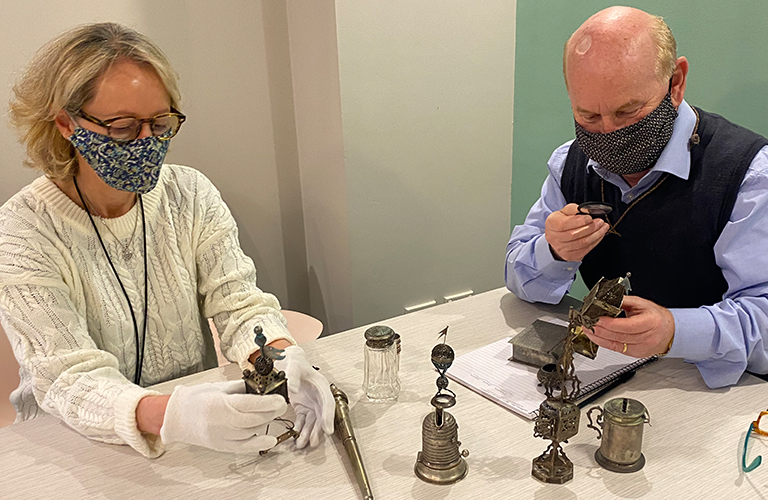 While in Hungary, she met Jenő Handelsmann, a survivor of Hungarian forced labour camps and sole survivor of his family. They married in 1946, had a son, Robert, in 1947, and Maria and Zsuzsanna, their twin daughters, in 1952.

Joseph ended up in Vienna, but often travelled in the Communist Bloc countries, collecting items of Judaica for his sister from antique stores. These items made their way to Australia in the 1980s when Frida and Jenő travelled back and forth between Hungary and Australia, visiting their son, smuggling the Judaica out of the country, one by one. Robert describes his mother, who was brought up in a traditional Polish religious Jewish household, as “one flavour, Orthodox. You were either Orthodox or you were not Jewish,” according to her worldview. She was severely traumatised from her experiences during the war, yet despite what she went through, she clung to her religion. She was filled with ambivalence between grappling with how God could allow such a thing as the Holocaust to happen, and, on the flip side, she thought that there must have been a God who looked after her.

There are no family artefacts from before the war. Thus, these items of Judaica, acquired post-war, became “instruments of survival” for Frida and Jenő, and a reminder of their childhoods.

Explore more of the Judaica and post-war artefacts in our collection here.