The Women on Exhibition

On International Women’s Day, we take a walk through our exhibitions to highlight the strong women whose stories are central to the history we teach and the voices we preserve. The women we highlight today are just some of the well-known women who have made their mark on Sydney’s Jewish community; there are many others we could tell today, and we endeavour to continue to tell them year-round. From convict to First Lady, the young Jewish Esther Abrahams rose through the ranks in Sydney after being sentenced to the penal colony for stealing two cards of lace at the age of 15.

Esther met Lieutenant George Johnston of the Royal Marines en route to Sydney, whom she later married. When Johnston stood in as interim Lieutenant Governor of NSW, Abrahams, by default, became the de facto First Lady of NSW.

The story of young Esther, one of only 16 Jewish convicts on board the First Fleet, is central to the history of Jewish settlement in Australia. Esther takes pride of place in our exhibition, Culture and Continuity. 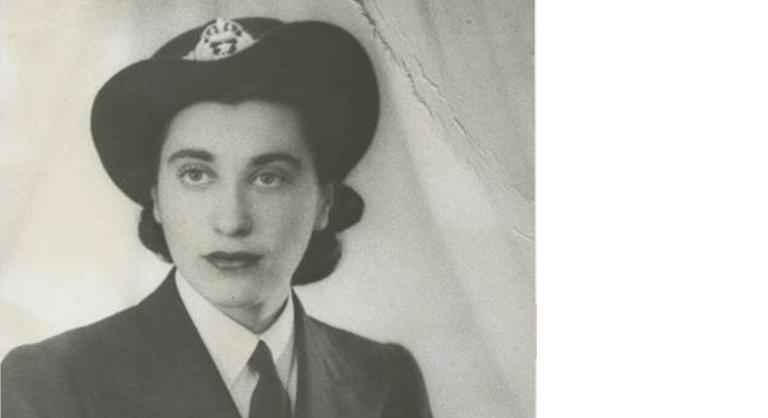 The life and work of the Third Officer in the Royal Australian Navy in World War II is one that is celebrated in our exhibition on the Jewish contribution to the Australian military, Serving Australia.

Despite being told by a Chief Petty Officer that “the navy is no place for a woman”, Elvira distinguished herself in the Navy and went on to solve a major public health problem on submarines. Elvira resolved the discomforts of dermatitis in the moist conditions of the submarines with a simple change of fabric used in their uniforms. 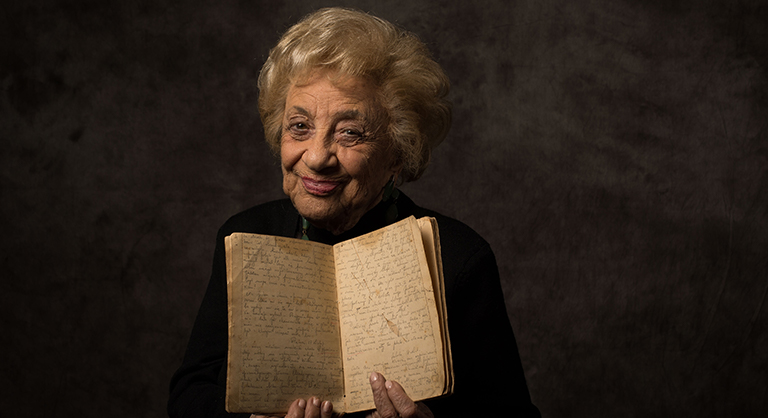 A resilient woman who survived the Holocaust in hiding, the late Lena Goldstein fought in the resistance movement in the Warsaw ghetto and assisted fellow Jews in the struggle for survival. Lena stole uniforms and light bulbs, which were filled with kerosene and used as Molotov cocktails against German troops.

Following her escape from the ghetto in 1943, Lena was hidden by a Polish caretaker for 18 months. Later, her hiding spot was an underground bunker, cramped together with eight others. The psychological struggle of this experience was unbearable, and yet, Lena penned a satirical newsletter to bolster the morale of her bunker companions, who threatened to leave as conditions were so deplorable.

Lena’s diary is on display in our exhibition, The Holocaust, and gives insight into the anxieties that hid behind her outward humour. Her entries from her time in hiding reflect the gravity of her struggle. The wife of President Franklin D. Roosevelt was an outspoken public figure in her own right. Fiercely independent, she was an author, humanitarian, and champion of diverse social causes who helped draft the 1948 Universal Declaration of Human Rights.

The real challenge, she liked to tell United Nations delegates in later years, was one of ”actually living and working in our countries for freedom and justice for each human being.” That is a challenge she readily accepted, and her example is one of that inspires us today.

Eleanor’s words and life’s work introduce visitors to the Museum to or exhibition, The Holocaust and Human Rights. Her integral work on the Universal Declaration of Human Rights is the bridge between the horrors of the Holocaust and the work towards prevention of prejudice and persecution of all groups.