A collection of eight ink sketches recently piqued our curators’ attention once more. These sketches in our collection were done by Polish Jewish artist Chaim Uryson (1905-1943). They were donated to the Sydney Jewish Museum by Chaim’s wife Neomi in 2000.

Chaim Uryson was born in Slonim, Poland in 1905 to Leon and Fania. He was the youngest of two boys; his brother Ariel born in 1904. Chaim showed artistic promise from a young age. In 1925, he moved to Paris to study at the Art Department at the Académie de la Grande Chaumière. Six years later, he returned to his family in Lodz, Poland. There he met Neomi, who would become his wife. The couple lived in Warsaw, Vilna and finally Czestochowa. Chaim’s artworks were highly successful, and his 1938 exhibition in Vilna and Czestochowa earned critical acclaim. In September 1939, Chaim hid his collection of artworks in the attic of their home in Czestochowa, then he and Neomi fled to Borszczow in eastern Poland; the Soviet side. In the spring of 1941, they received a letter from Chaim’s widowed mother Fania, who was by then living in Bialystok. Her health was deteriorating and her only wish was to see her son one last time. Neomi recalled, “On Friday 20 July 1941, I put Chaim on the train to Bialystok.” She never saw him again.

Arriving in German-occupied Bialystok, Chaim was soon incarcerated in the ghetto and forcibly put to work at Oskar Stephens’ studio, along with other renowned artists such as Karl (Tobiasz) Haber. There he copied paintings of well-known artists for the Germans. 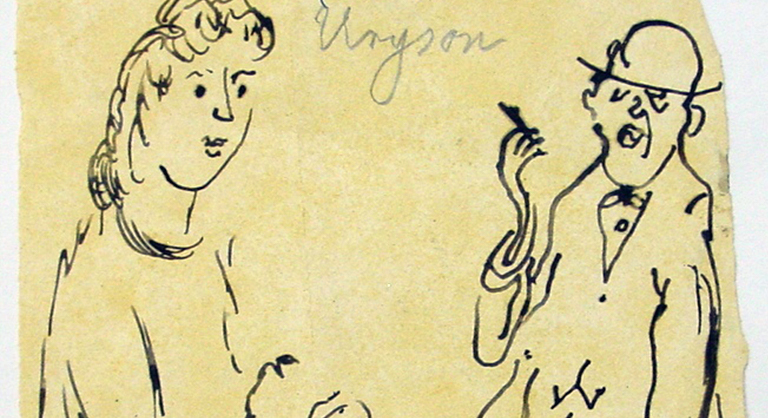 Bialystok ghetto was liquidated in August 1943. According to testimony given by the artist Yitzchak Tzelinker, Chaim was killed during this final ‘Aktion’.

Chaim’s mother did not survive Bialystok. His brother Ariel, who had been living and working as an engineer in Paris, was deported from Drancy Internment camp in France to Auschwitz in August 1942, where he was murdered.

Neomi Uryson survived the war in Borszczow. She returned to Poland in 1946 to recover her husband’s hidden artworks, works she described as “the heart and soul of Chaim’s life.” 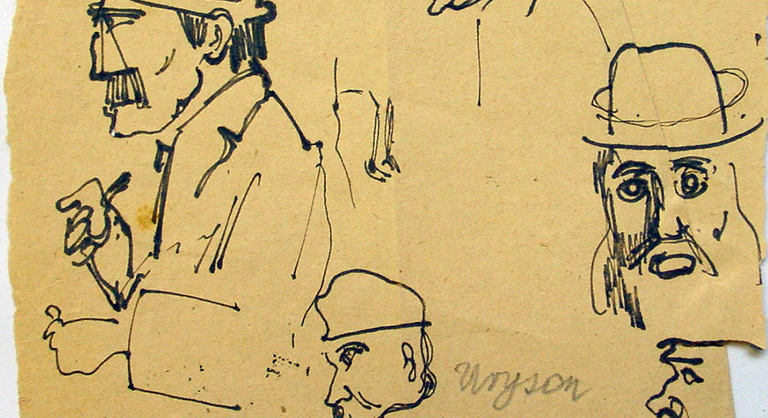