The Cadry family story is one of the many personal migration stories told in our feature exhibition, Jews from Islamic Lands.

Jacques Cadry, the son and grandson of rug merchants, established Cadrys Handwoven Rugs. After World War II, he decided he needed to find a place where his family would be safe and immigrated from Tehran, Iran, to Sydney, in 1952.

Jacques came from a family who had been dealing in rugs and carpets since the 1800s in his native Iran. His father, Israel Cadry, was a prosperous Tehrani trader in a variety of goods. 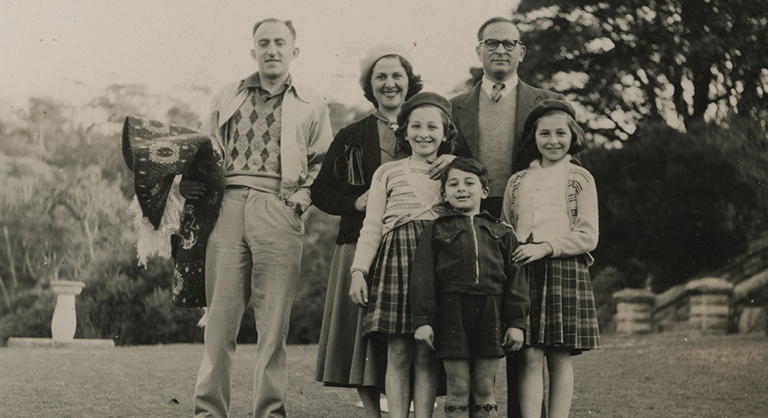 Jacques almost single-handedly introduced the Australian public to the beauty, artistic merit and lasting quality of Persian and Oriental rugs. He was legendary in the industry not only for his mastery of the craft, scholarly knowledge of the history and artistry of rugs, but his integrity and his concern for the artisans who made the rugs.

At first, business was a challenge, as Australian homes were designed with wall-to-wall carpets and there was little appreciation for imported rugs. 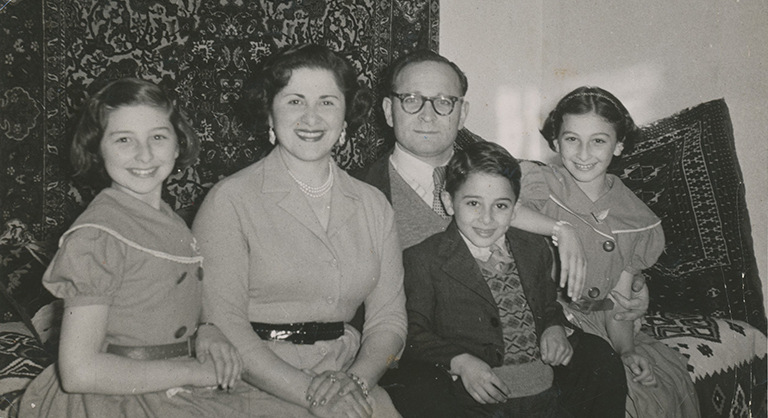 “I used to go and keep him company in the shop,” says Helene, Jacques’ eldest child. “No one came for six months. I asked him if he was worried, and he told me to be patient. He was right.”

With his perseverance and integrity, Jacques was able to share his passion and expert knowledge to create greater awareness and appreciation of the beauty and value of an Oriental rug. He has left a lasting legacy that continues to be proudly carried on by his children and grandchildren.