This month we introduce Holocaust Survivor, Lucy Chladek. Lucy was born in 1937 in Budapest, Hungary.

Lucy grew up happily with her family in an apartment on the Buda side of the Danube River. Everything changed in 1944 when the Germans arrived, collaborating with the Hungarian government.

Lucy remembers that she wasn’t scared when the soldiers marched in because her parents were doing all they could to shelter her from what was starting to occur.

She recalls her family going to a “little haberdashery” to buy the yellow star they and all Jews were made to wear. She has memories of her family being relocated to the “Jewish House”. Here, many Jewish families were crammed into buildings together. Lucy remembers sleeping on an old couch, being covered with lice and bed bugs and the lack of hygiene and medication.

As more Jewish people were being taken to forced labour camps, both of Lucy’s parents were taken at separate times, but they always managed to successfully bribe and beg German soldiers to return to their family. Realising the potential danger, Lucy’s family decided to go into hiding for the remainder of the war.

The family converted to Catholicism and attempted to distance themselves from the Jewish religion. A Catholic priest and nun from the school her brother had attended, organised a hiding place for them within the Monastery.

“My father didn’t dare close his eyes all night because my mother had a tendency to talk and scream out in her sleep and it was so close to the street that if anybody walked by, they would have heard it and that would have been the end of us”. 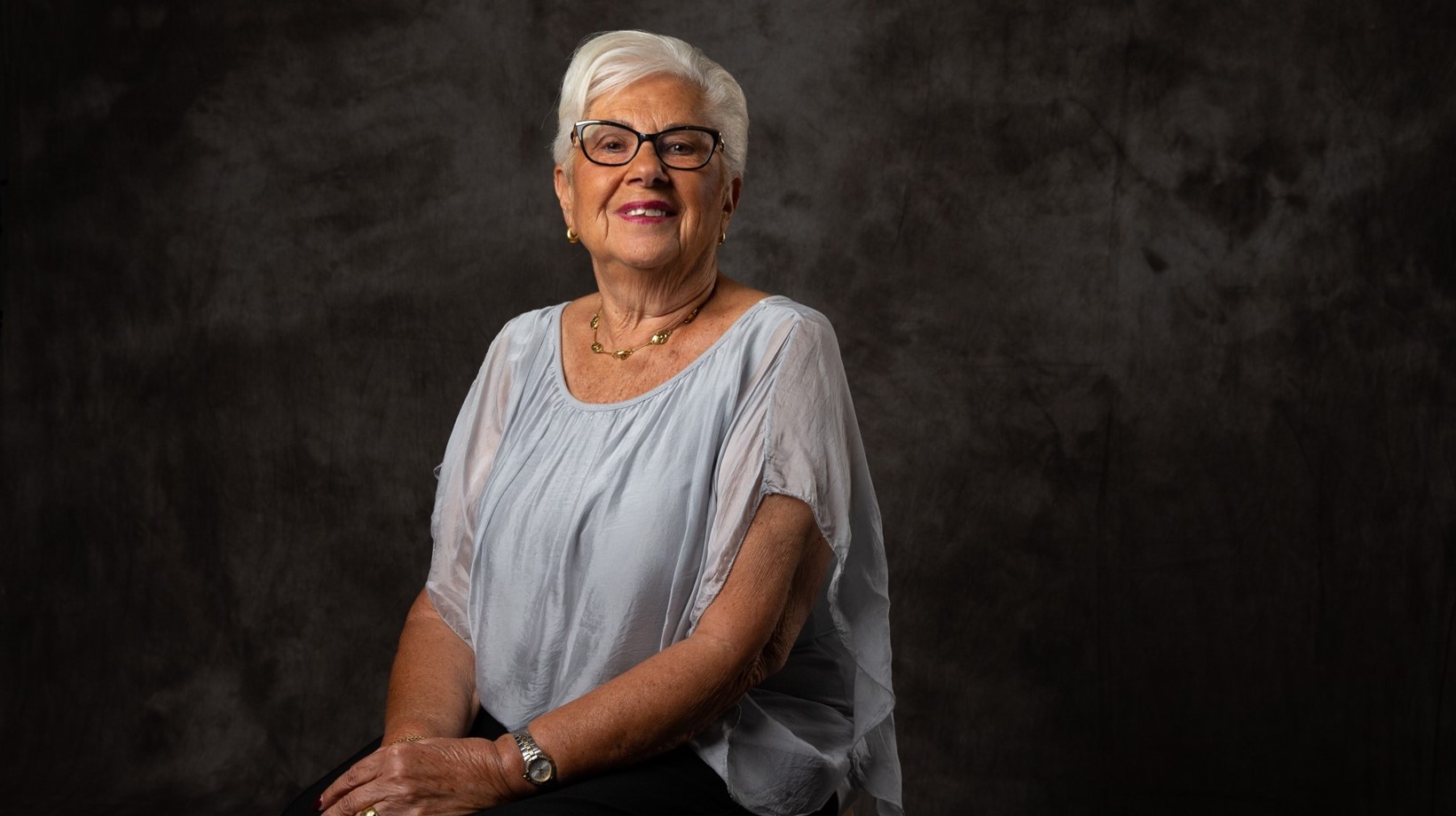 Lucy and her family were liberated when the Russian army arrived. Having survived the Holocaust, she and her family were still not safe. The years after the war were filled with suspicion and anxiety due to the Communist party. Her brother was able to leave Hungary first and then she and the rest of her family left Budapest in December 1952 with just the clothes on their backs. They were assisted by people smugglers and picked up near the Austrian border where they spent a few nights before making their way to Australia.

“I can honestly say the Museum saved my life.”