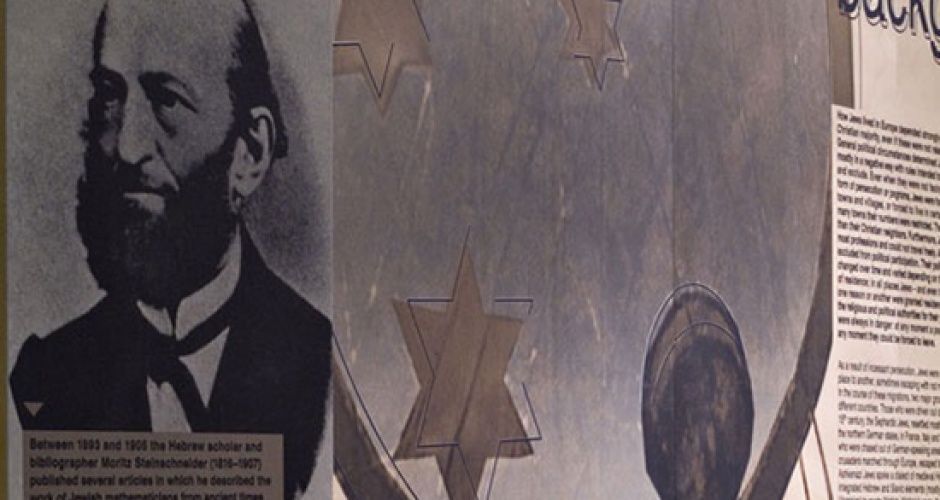 The award-winning international exhibition Transcending Tradition: Jewish Mathematicians in German-Speaking Academic Culture will be showing at the Sydney Jewish Museum from 25 August 2014 to 16 November 2014.

The exhibition, which was produced by the History of Science Working Group at Goethe University, Frankfurt/Main (Germany), presents the life and works of such mathematicians as Richard von Mises, Max Dehn, Emmy Noether, Richard Courant, Otto Blumenthal, Felix Hausdorff, and John von Neumann.

It presents the life and works of Jewish mathematicians in Germany. Spanning a period of 150 years, documenting their emergence from segregation into the academic limelight, recalls their emigration, flight or death after 1933, and illuminates their lasting legacies. It highlights the key role of Jewish mathematicians in German-speaking academic culture before 1933 – in teaching and academic research, in professional organisations and throughout mathematical culture, from academic to popular.

A wealth of pictures and documents trace many moving lives: young researchers who helped shape modern mathematics and physics, scholars who went beyond mathematics and made their mark in literature or philosophy, and the story of the most important female mathematician of the 20th century.

It explores the places and historical contexts and presents the actors and their contributions with scholarly precision and a compassionate eye for individuals and their fates.