This month we introduce Holocaust survivor Sam Young. Sam was born in 1925 in Lodz, Poland. However, Sam lost track of his age between 1941 and 1945, due to the enormous disruption World War II had on his life. He says, after finding out his birthdate, he’s “been celebrating a week-long birthday each year.”

Before Sam and his family were taken to the Lodz ghetto, his life was a story of family, plentiful food, holidays, school and childhood. He remembers his He remembers his father as a man of ingenuity, with a penchant for business and an appreciation for his blessings. His mother, a woman who held the hand of a crying child she’d never met in the line-up at Auschwitz, was a gifted seamstress, with a large extended family, most of whom perished in the Holocaust.

Struggling to survive, smuggling food into the Lodz ghetto for his family, trying to avoid the deportation lists, Sam forgot to count his birthdays. Enduring the beatings, the insufferable work, the never-ending hunger and the pain of loss at Auschwitz-Birkenau, Kaufering and Landshut concentration camps, liberation eventually came on a railway line in Bavaria, Germany. For Sam and his brother Steve, life had to go on.

Sam estimates that he lost 100 relatives during the Holocaust. He believes that his “are the experiences of one person – just a drop in the ocean. I know that there would be millions more who would tell their stories, but they did not return.”

Two weeks after liberation, Sam met Blanche Nisenbaum in a Displaced Persons camp. Blanche was only 15 years old and on her own, having lost most of her family. Blanche went on to become not only Sam’s wife for over 50 years but his inspiration and the pillar of their family. They moved to Paris, the first place they felt free and married.

Eventually they came to Australia where they had two children, Morri and Rita, and began their own business. Like his father, Sam was focussed and ambitious, so it wasn’t until his retirement that he could finally shift from building a life to living it. His brother passed away in 2002 and Blanche in 2003.

Sam’s birthdays are now celebrated with family and loved ones. Along with his children, grandchildren, and his partner, life is full again. 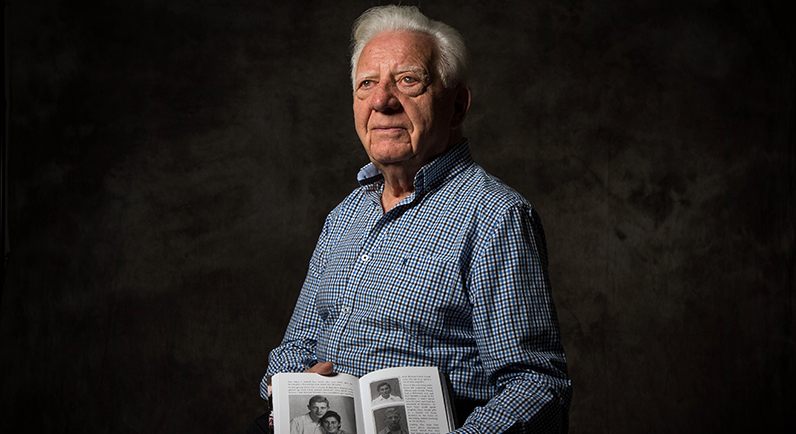