This month, we introduce Holocaust child survivor Peter Halas. Peter was born in Budapest, Hungary in 1939.

Peter and his mother went into hiding with an Armenian family friend in March 1944, when Germany occupied Hungary. The last time he saw his beloved mother was when she kissed him goodbye before visiting her parents who were in hiding in a different location. Peter’s mother and grandparents were rounded up by the Hungarian SS from their hiding place, with other Jewish people in their building, and taken to the Danube River, where they were shot.

When the people hiding Peter found out what had happened, they sought a new place for him to hide, further from the centre of the city. A young couple on Budapest’s outskirts hid Peter and cared for him. At the end of the war, Peter’s paternal grandmother found him and brought him to live with her. Peter’s father returned after being held in multiple camps, including Bergen Belsen, in June or July of 1945, and the surviving family was able to reunite.

Life began again, albeit with a limited food supply and restricted freedoms under the communist government in Hungary. Peter recalls that the new government was not much more benevolent than the Nazis.

In 1956, Peter and some friends escaped to Austria and, as he proclaims, “life in the free world began”. He then immigrated to Australia in 1957 speaking no English, and started work as a labourer. Once he found his feet, Peter started work in the fashion industry, and in 1975 established the swimwear company, Seafolly.

In the mid-1970s, Peter’s brother, father, and his father’s second wife managed to leave Hungary and immigrated to Australia to join Peter.

In this photograph, Peter holds a Jewish prayer book which belonged to his paternal grandmother. A record of his family’s births, deaths and marriages have been recorded inside its cover. Peter has carried on this tradition, continuing to record the births of his own grandchildren in it. 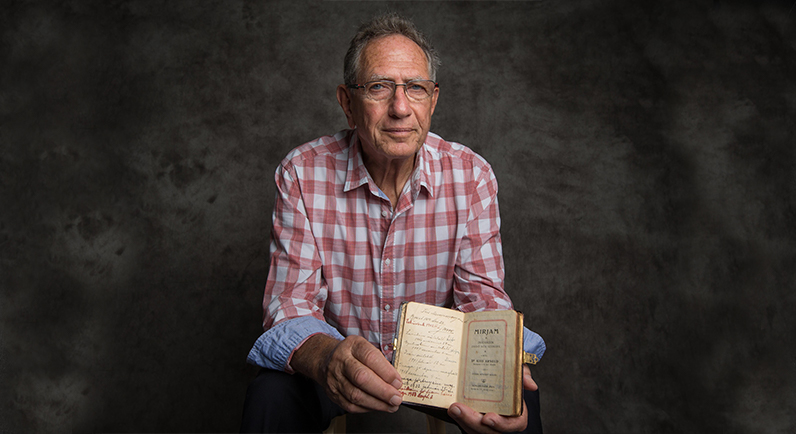