This month, we introduce Holocaust child survivor Magda Forbath. Magda was born in 1943 in Budapest, Hungary.

When Magda was six months old the Germans entered Hungary. Her father, who was already in a Hungarian forced labour battalion, was taken to Mauthausen concentration camp.

Magda lived with her mother and grandmother in the ghetto, and spent most of their time in the bunker to escape the bombings. Magda recalls being told she was in a very bad state; having been deprived of fresh food during the war.

Magda was reunited with her father when she was 2 years old. The American soldiers liberated and rehabilitated him until he was restored enough to walk home from Austria to Hungary.

In 1949, the communists nationalised Hungary and took everything that Magda’s family had worked to build up. So they lost everything a second time. Magda’s family’s hardship continued throughout the Hungarian Revolution. After all of this, in 1958, her family decided it was best to move to Australia. Magda was 15 when they immigrated.

Magda has been volunteering at the Sydney Jewish Museum for over 15 years. She finds her involvement to be uplifting. Magda continues to give her time generously to the Museum to give something back to the “community that opened its arms to [her] family all those years ago.”

In this photograph, Magda holds the Star of David necklace that she received from her mother after the family immigrated to Australia. She has nothing from pre-war Hungary, noting: “Whatever the Nazis left, the communists took.” 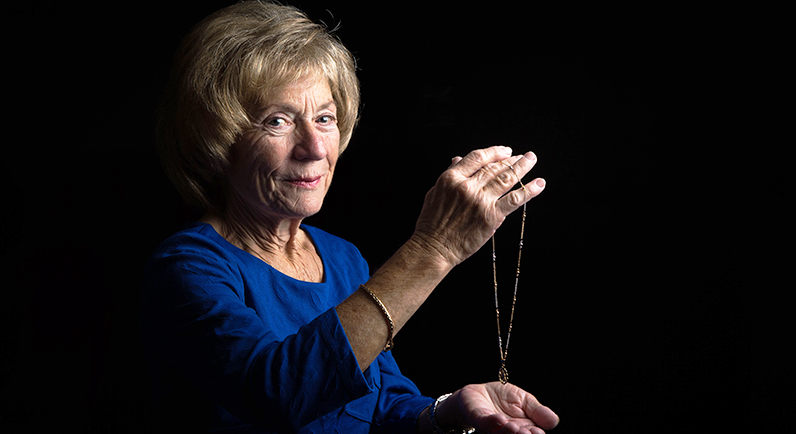