This month we tell the story of Beate Stricker. Beate was born in 1930 in Berlin, Germany, into an observant Jewish family. She and her parents lived with her grandparents until she was five. She adored her grandparents and received a lot of attention from aunts, uncles and cousins.

Beate described that she was “not really aware of the threatening dark clouds that were gathering…and then came Kristallnacht.” On the night of Kristallnacht, Beate’s father did not stay at home. When he returned the next morning, to his horror, he saw Beate’s mother with her baby sister in her arms, facing an SS man.

Beate’s father was able to prove that he had the necessary papers for the family to leave immediately. Their destination was Australia.

When Beate’s family arrived in Australia, Beate explains she was surprised that there were no kangaroos hopping around the streets.

Beate explained, “My parents felt insecure – how would they make a living and what did their future hold?”

A few months went by before the family took over a run-down general store in the Sydney suburb of Kogarah. While their parents were learning how to run their new store, Beate and her sister were taken care of at the Isabella Lazarus Home in Hunters Hill. Their parents didn’t visit because they didn’t have a car and were tied up with the business.

The family learnt English and started to make a living, enabling them all to live together in the attached residence. In time, several Jewish families moved into the area. In 1943, Beate’s father initiated a regular Friday night shabbat service at the local school of arts, which became the Southern Sydney Synagogue in Allawah.

At the age of 19, Beate married Henry, a Kindertransport child survivor from Vienna, Austria.

Beate does not believe she is a Holocaust survivor, and yet she lives in its shadow. 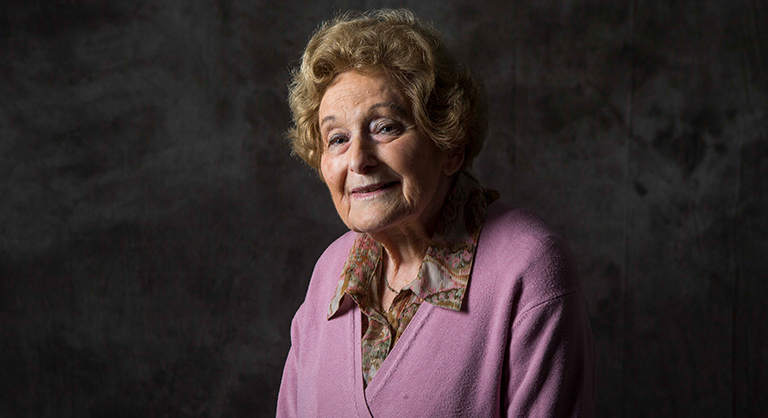