This month, we introduce Holocaust survivor Ana Deleon. Ana was born in 1935 in Subotica, Yugoslavia.

In 1941, the Hungarian army occupied Subotica. Ana recalls that when she was 8 years old, in 1944, she was disallowed from playing with Camilla, her non-Jewish friend. At school, the nuns told Ana’s mother that she was could not attend anymore.

Ana and her family were confined to a ghetto for 3 months. In June 1944, they were pushed into cattle cars with nothing but one bucket for physiological needs in one corner and one bucket with drinking water in another. They ended up in a transit camp. As they entered the camp, Ana remembers people along the road spitting at them and yelling, “Smelly Jews, you deserve it.”

In December 1944, Ana and her family were sent to Bergen-Belsen concentration camp. Ana and her family were put in the Sonderlarger, or “special camp”. In their 6 months there, they had two warm showers and very little food rations. People were dropping like flies. Attempts were made to evacuate some prisoners from the camp before Allied troops arrived.

On 6 April 1945, they left Bergen-Belsen on a train. The commandant was given instructions not to let the passengers be liberated by the Allies, but to kill them. They travelled for seven days. One morning they found the door unlocked. The guards had fled. The commandant thought the Allies would spare his life if he saved the 2,500 Jews on the train instead of drowning them in the Elbe River. The Americans forced the villagers of Farsleben, Germany, to give them food and shelter. When Ana was liberated, she was 9 years old and was so weak that she could not walk.

After liberation, Ana spent 6 months in Displaced Persons camps in Germany. She lived in Yugoslavia until immigrating to Australia in 1971. 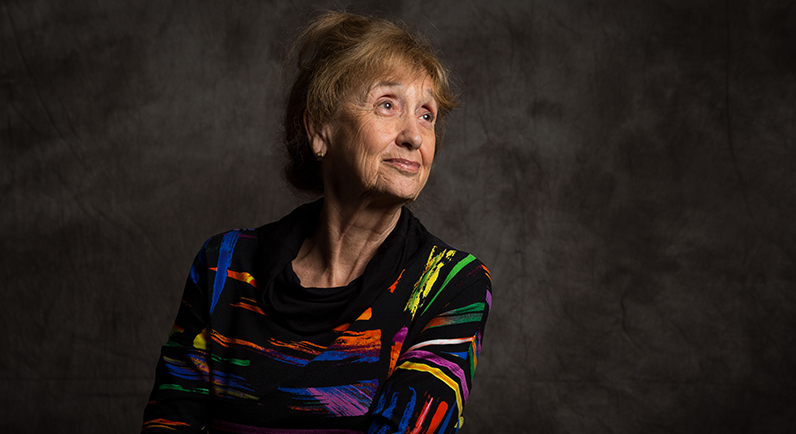