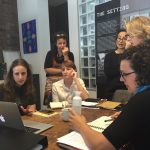 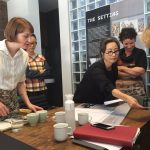 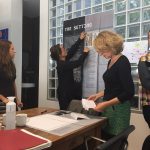 An immense amount of preparation and research has gone into this project, and as the saying goes, it has taken a village.

Below are some of the individuals you will be hearing from of the coming weeks, who have consulted on, researched, fund-raised for and been the driving forces behind this project.

Project Director/Consulting Curator: Dr Avril Alba, Lecturer in Holocaust Studies and Jewish Civilization at the University of Sydney, Australia. From 2001-2011 she was the Education Director at the Sydney Jewish Museum, where she also served as the Project Director/ Curator for the Sydney Jewish Museum’s permanent exhibition, ‘Culture and Continuity’. Dr Alba teaches, researches and consults in the areas of Holocaust representation, Jewish and Museum studies.

Resident Historian: Professor Konrad Kwiet. Professor Kwiet is the Emeritus Professor in German and European Studies at Macquarie University and former chief historian of the Australian war crimes commission (SIU), and resident historian at the Sydney Jewish Museum. He is the author of 10 books and over 80 articles, chapters and historical dictionary entries.