The perpetual markings of Auschwitz

Today is International Holocaust Remembrance Day and marks 76 years since the liberation of Auschwitz.

Only in Auschwitz – the epicentre of the Holocaust – did new arrivals selected for work receive a tattoo. As a rule, they were tattooed on their left forearm, displaying in dark blue or black ink the camp serial number assigned to them. The question of why no prisoners of other concentration camps were tattooed is still unanswered.

The origin of tattooing can be traced back to ancient times. Slaves and prisoners of war were often branded by their owners on the forehead to prevent them from escaping. Until today, cattle owners brand their cattle as a mark of ownership.

In Auschwitz, the SS camp leaders encountered a problem in late 1940: The rampant death rate of inmates was making it difficult to identify corpses once the clothing showing their registration number has been quickly removed for re-use. The tattoo became a way to assist the murderers in identifying the victims. It also became a means to prevent inmates’ escape and to humiliate them. Some inmates were not tattooed: Reich Germans, Ethnic Germans and other non-Jews classified as ‘education prisoners’ or ‘police prisoners’. Unlike Jews and the Roma Sinti, they were not included in the program of the “Final Solution” and could be discharged from Auschwitz.

Some Jews remained untattooed at the request of German industrialists. Upon arrival they were registered as “depot prisoners” detained temporarily in a transit compound until deported and deployed as slave labourers in war relevant factories dispersed throughout Nazi-controlled Europe. 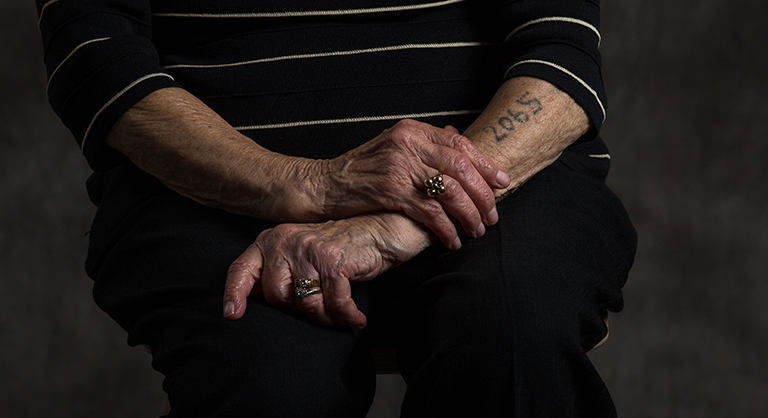 Jewish women entering Auschwitz at the end of March 1942 were the first to be tattooed with four-digit numbers. This process took first place in Auschwitz I – the Stammlager – in a stone building disguised as bath house, and then in the shower and reception facilities of the women’s camp in Auschwitz Birkenau. Initially, an impractical metal stamp was used, then a single needle and finally a double needle device. The procedure lasted around 30 seconds.

Lou Sokolov, the chief Auschwitz tattooist emblazoned more than 200,000 inmates, which was almost half of the camp population tattooed. His Arbeitskommando (work detail), comprised men and women. Sokolov survived Auschwitz and migrated to Australia in 1949. He lived in Melbourne and died in 2007.

Holocaust survivors never forgot the intense pain caused by the tattooing procedure. One survivor instructed to paint the black serial number on inmates’ uniforms recalled: “Reception and registration transformed human beings into stones and numbers. The women were totally confused and disoriented, happy to still be alive.’”

Following liberation, some survivors hastened to have the physical reminder of their humiliation removed. However, a scar always remained. Others used their numbers as PINs or as lucky betting numbers, especially at horse races or Lotto games. 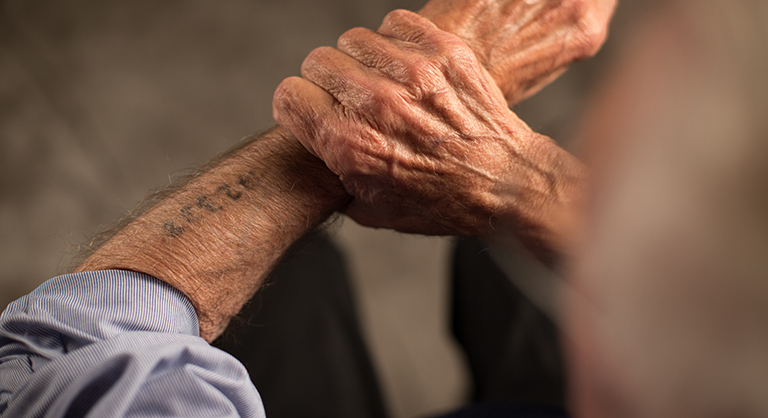 In restitution proceedings, tattooed numbers provided evidence of the date of arrival in Auschwitz and the place from the deportation had commenced. The Auschwitz Calendarium recorded these data.

In recent years, as part of an upsurge in tattooing amongst people, grandchildren of survivors have elected to have the Auschwitz tattoo of their grandmother or grandfather as their chosen tattoo. Whether the appropriation of the Auschwitz tattoo is a symbol of Holocaust memory or a perpetuation of genocidal trauma is up for personal interpretation.