On this day 82 years ago, the Nazis unleashed Kristallnacht – or the Night of Broken Glass – a bloody pogrom in Germany, Austria and Sudetenland. What was previously considered impossible in central Europe was to become the prelude to the Holocaust: the burning of synagogues and sacred texts, ransacking of Jewish shops homes and cemeteries, rapes and murder, and the incarceration of 30,000 men in concentration camps. Shocks reverberated through German Jewish communities, with many attempting to flee Europe. However, very little was done internationally to let in those Jews seeking to escape Nazi terror.

The news of Kristallnacht spread across the world, triggering many protests. The protest by Aboriginal activist William Cooper and his group was one of the most striking Australian responses to the unfolding catastrophe against the Jews of Europe. The path of Jewish refugees spanned five continents. Expelled from their homelands they rebuilt their lives in new dispersed German-Jewish communities. Some 9,000 found refuge in Australia, as far from Germany as possible. Over some years, almost all of them succeeded in regaining their lost positions in the middle and upper classes within Australian society. Many made light of their origins and heritage. They did this not with nostalgic feelings or to revitalise immigrant culture, but rather with the deliberate intent to secure the continuity of Jewish existence.

Here we share the story of one man who fled Germany after Kristallnacht and rebuilt his life and Jewish connection in Sydney, Australia.

Dr Max Joseph, arrested after Kristallnacht in Berlin and incarcerated in the concentration camp of Sachsenhausen, arrived in Sydney in 1939. After the outbreak of the war he was denounced by neighbours. In the internment camp of Tatura, in Victoria, he became a spokesperson for all those interned there. Released in 1941 Max founded the Association of Refugees. He worked tirelessly for the rights and interests of Jewish and non-Jewish refugees and, after 1945, for Holocaust survivors. When in the early 1950s the progressive North Shore Temple Emanuel was established in Sydney, Max placed a small box containing several broken stones into the building’s foundation stone; these were remnants of his old synagogue in Berlin.

“I saw that synagogue burning on the 10th of November 1938. On that morning I was driving to an office to obtain a certain document which was necessary for emigration… Only the foundation walls were standing and on one side there was a somewhat higher heap of burning rubble… There was no noise, it was as if the large crowd was shocked in silence… And now I have here a few stones from that synagogue. They should, I feel, go into the foundation stone of our new temple as a symbol of a new generation growing out of the old one.”

On this day we honour those who stood up for the rights of the persecuted, those whose escape brought their cultures to our shores, and those who suffered and were murdered in the Final Solution. 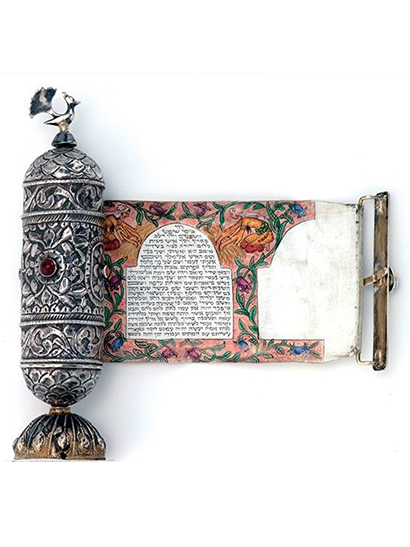 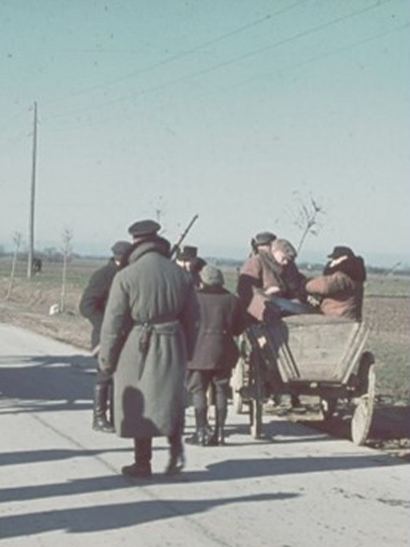