Photograph of Regina in her home, surrounded by possessions and her souvenir spoon collection, 1992. Photograph by Mark Tedeschi. SJM Collection.

Regina (Riva) was born on 2 September 1925 in Siedliszcze, Poland, to a traditional Jewish family. On 18 May 1941, she and her parents, Golda and Josef Feldman, her sister and three brothers were forced to move into the Siedliszcze ghetto. On 22 October 1942 they were all sent to Staw labour camp and from there deported to Sobibor death camp on in December. Upon arrival an officer asked for young women who could knit. Riva’s mother pushed her forward and she was ordered to the barracks to unravel garments and knit socks for the German army. Her entire family was murdered that day.

Rumours circulated about a planned uprising and inmates were told to be prepared. On 14 October 1943, the prisoners revolted, killing 12 SS Officers and several camp guards. Almost half of the 600 prisoners escaped. Some died on the minefields surrounding the camp; others were recaptured and executed by the Germans or fell victim to local antisemites. Under gunfire Riva ran through the cut wire fence and escaped into the forest.

She hid on a farm with two other escapees. After three days, she felt it safe enough to return to her hometown in Siedliszcze. People had already occupied her family’s house. A Christian school friend by the name of Regina Wojciszyn gave Riva her birth certificate; this enabled her to obtain papers to enter Germany. In November 1943, ‘Regina’ travelled to Frankfurt where she found refuge with a Catholic family as a housekeeper and nanny to their young boy until the end of the war. She was liberated by the US Army on 27 April 1945. 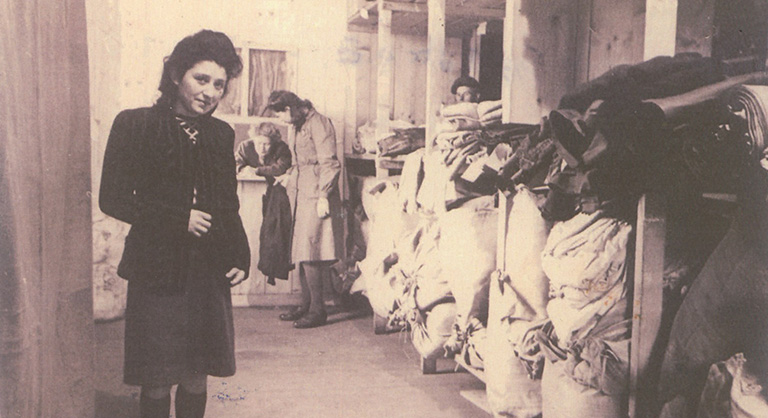 An estimated 250,000 Jews were gassed in Sobibor. Regina was one of around 60 Sobibor escapees who survived.

“In June 1949, with my husband Kazimierz and son Andrew, we went by train from Germany via Austria to Italy. We boarded a ship in Naples, the Castelbianco, which carried over 700 people who were making their way to new lives in Australia. We arrived on 3 August 1949 in Sydney and moved to the Greta migrant camp near Newcastle, so grateful to be in a free country and as far away from Germany as it was possible to be.”

Years later, Regina was invited to return to Germany as a witness to testify in the Sobibor War Crimes Trial. She retained the name of her Polish school friend in recognition of the role it played in saving her life. She died in 2014.