Every object tells a different story. Recently the Museum accessioned a diary which was penned by Holocaust survivor Elisabeth Epstein (nee Steiner). Those who knew her best, referred to her affectionately as Tante Elly (Aunt Elly).

This intimate record written in Paris, September 1939 to July 1940, portrays Elisabeth’s frustrations and fears over the imprisonment of her husband Rudolph (Rudi) Epstein at the outbreak of WWII. Interned as an enemy alien, Elisabeth visits Rudi twice after his arrest and then loses track of his location for 10 months as he is moved from camp to camp. Her diary entries communicate her increasing sense of despair.

“… no trace of Rudi and the disappointment cannot be described, none of them knew where Rudi went from Toulouse; I howled like a watchdog and sent cards in all directions” 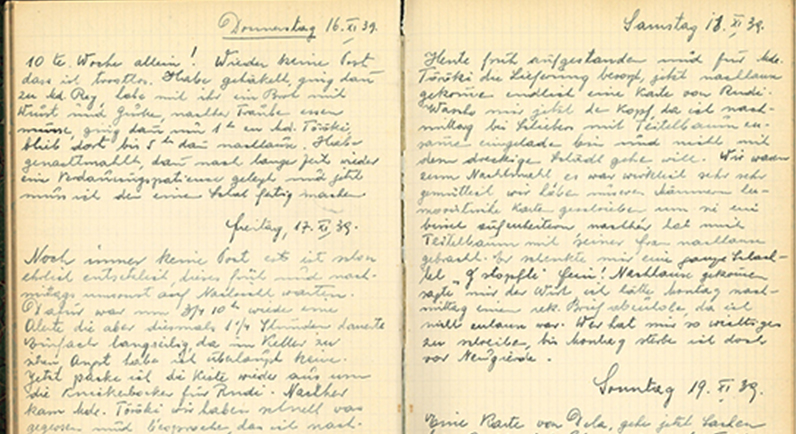 Her final entry is the day they are reunited in Lyon, but the end of their “bitter separation” as she writes, is ultimately bitter sweet. In the months following, both Elisabeth and Rudi are arrested and sent to concentration camps. Rudi is murdered in 1943. 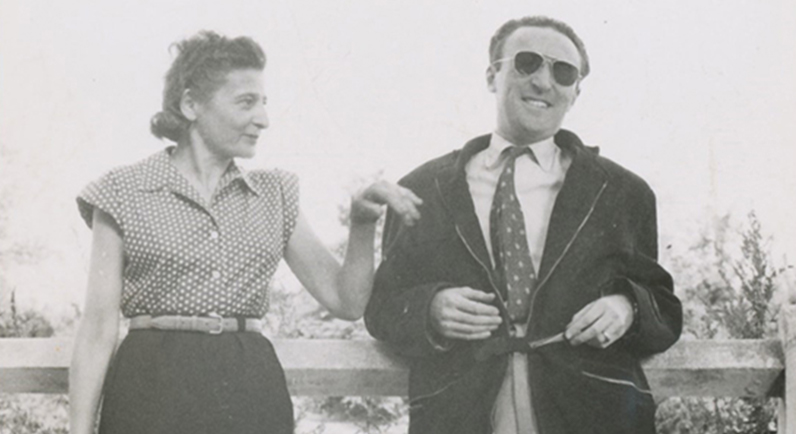