The theme of History Week for 2018 is Life and Death. This theme speaks intimately to the Sydney Jewish Museum, the space and the stories told in it. The Museum is a space that encapsulates life, death, and life again. Perhaps there is nothing that displays this more than the “ending” to Holocaust survivor Jack Meister’s story.

Seeking to build his new life in Australia after surviving Buchenwald concentration camp, Jack sought out community at the Maccabean Hall in Sydney. A hall for the Jewish community, its art deco ceiling has seen many fabulous dances, family events, and meet-cutes. It was beneath that ceiling that Jack met his future wife, Nita – and they married under the very ceiling that saw them meet. 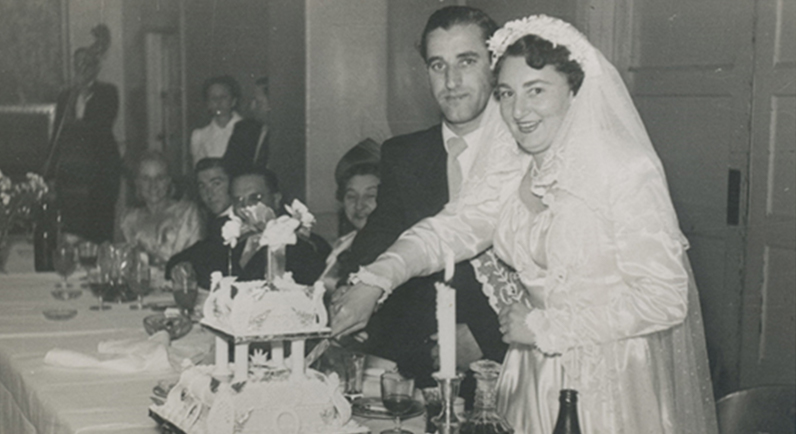 When Jack tells his story to students in the Museum, he transforms history from ink on a page into a human voice. You can see it in their faces, the moment they realise that concentration camps were not filled with “prisoners,” they were filled with Jacks and Sarahs and Abrahams; history is people and history is alive. It does not take long for students in the Museum to realise that they are sitting in that very same hall, beneath the very same ceiling.

Then, the gravity of this sinks in: Jack came to this space after escaping almost certain death, he found and made life in this space, and he brings this history to life through his testimony shared. And in that very instant, it is something they are a part of as they too sit beneath the Museum’s art deco ceiling.