Graphic Art and the Struggle to Represent the Holocaust

One of the most rewarding experiences for members of the education department is the opportunity to work closely with teachers in developing programs that challenge and deepen their students’ understanding of the Holocaust.

In October of this year, three staff members from Wenona High School came to the Museum to work with us on developing a unique program that would use the graphic novel as the educational tool to teach their students about the Holocaust.

The program that we developed with the Wenona staff was called ‘Graphic Art and the Struggle to Represent the Holocaust.’  Luke Simkins, Acting Head of Teaching and Learning, was the driving force behind the program. He is a history teacher with extensive experience in Holocaust education and has worked closely with the Museum staff in the past. Colleagues from the English department and Art department were also excited by the educational opportunities and had limited experience in Holocaust education.

Our interactive seminar with Wenona staff (Luke Simkins, Kim Marcovitch, Noosha Jalili  and Kerry Swain) moved through a history of the graphic novel and explored the connections between visual art and the Holocaust. Jewish artists created art while experiencing the Nazi occupation as well as in the years after war.  By visually depicting their experiences the artists created works that bore witness to all that they endured during the Holocaust.  Art was also the medium that some survivors used to express their anguish and pain.  Their drawings and paintings became a very personal expression of their will to survive, as well as their ongoing struggle with traumatic memories. 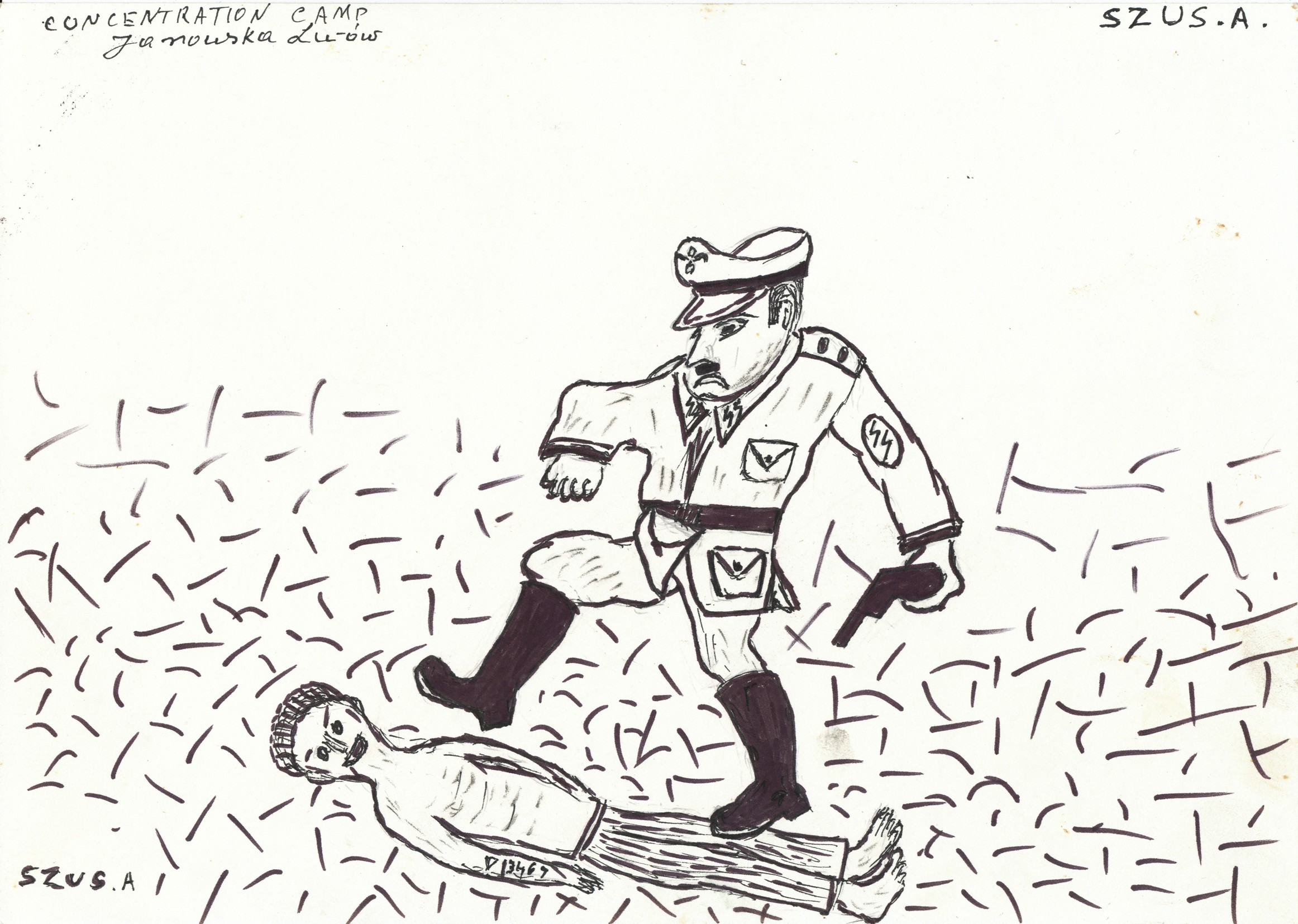 The history of the graphic novel is intimately tied to the history of the Holocaust.  The creators of Superman (Jerome “Jerry” Siegel and Joseph “Joe” Shuster) were both first generation American Jews whose families had come to the United States from Europe. When Siegel himself reflection on why he created Superman he acknowledged the impact that the persecution of European Jewry had on their creation:

“What led me into creating Superman in the early thirties? … Hearing and reading of the oppression and slaughter of helpless, oppressed Jews in Nazi Germany … seeing movies depicting the horrors of privation suffered by the downtrodden … I  had the great urge to help… help the downtrodden masses, somehow. How could I help them when I could barely help myself? Superman was the answer.” Captain America was created by Joseph Henry “Joe” Simon and Jack Kirby (born Jacob Kurtzberg) also as a direct response to the persecution of Jews in Europe. The first Captain America story every published depicted their superhero punching Hitler in the face. The story was published in March 1941, several months before the United States had joined the War. Captain America’s first story was an overt political statement supporting American military involvement in World War II. As we discussed the significant connections between the Holocaust and the graphic novel it was exciting to see the teachers from Wenona realise the educational opportunities the graphic novel opened up for them and their students. Graphic novels would offer a unique, challenging and confronting way to study and think about the enduring importance of the Holocaust.

The students from Wenona had already met with Holocaust survivor Eddie Jaku earlier in the year, so the decision was made that they would create pages from a graphic novel depicting aspects of his testimony.  This decision was also made because they had access to his testimony via the Museum’s YouTube channel so they could re-watch parts of his story to ensure they quoted Eddie accurately and remembered the details of his story.

Eddie never wrote down his testimony, so their graphic depictions would be the only literary mediums depicting his personal story. Students understood that they were being entrusted with not only a special task but also had to make important and sensitive considerations.

Utilising the graphic novel as an entry point raised important questions for students to consider: What were the limits of representation? What role can art play in enriching our understanding of events like the Holocaust? By creating graphic novels dedicated to Eddie’s individual story, how would it enable to students to understand both the importance of the individual experience as well the wider context of the Holocaust?

One of the questions we constantly re-evaluate as Holocaust educators is how to teach about this difficult subject in ways that allow students to deepen their historical understanding of the event while also making their own connections and meanings. We are particularly aware that one of the most important aspects of our jobs is ensuring that students understand that the legacy of the Holocaust remains with us today.

After spending two sessions with the Year 10 girls at Wenona School, we were astonished by how deeply, fully, thoughtfully and sensitively they considered Eddie’s testimony and their approaches to depicting it.  In chatting with each group of girls they had clear ideas and could articulate the value of not only learning about the Holocaust, but also to hear survivor testimony and respond to it.