From Kristallnacht to King Street

On 9 November 1938, Nazi party members engaged in a program of bloody pogroms across Germany and Austria that became known as Kristallnacht (Night of Broken Glass). On 9-10 November 1938, Kristallnacht saw over 1,000 synagogues burn, 7,000 Jewish shops and homes destroyed, 100 Jews murdered and 30,000 Jewish men incarcerated in concentration camps.

After years of increasingly discriminating policies and anti-Semitism, this was a turning point for the level of mass violence and degradation that was permitted with public knowledge.

For the Brandmann family, Kristallnacht was also a turning point in their lives. The family, headed by Fritz and Charlotte Brandmann, had operated a very successful jewellery business in Berlin: Brandmann Jewellers and Watchmakers. Fritz had served as Sublieutenant in the German army in the First World War. However, his proud military service did not save them that November in 1938. The store was ransacked and their lives threatened. Fritz, Charlotte, and their five children, Fritz (Fred), Johanna, John (Hans), Liselotte and Eva were forced into hiding. Eva was friends with Else Scheffler, whose parents Karl Vick and Marie Scheffler risked their lives by hiding Eva and her parents. Fred hid with one of the Brandmann Jewellers employees, Hans stayed with one of his sports friends, Johanna with the Broker family and Liselotte with her friend Fritz Koblitz.

Else remembers the months that the Brandmann family stayed with them as a very painful time during which Fritz felt like a caged animal. While in hiding the family arranged their immigration to Australia. They were not allowed to take any money out of the country and all the goods in the jewellery shop were taken away. They were permitted to take a crate of furniture however, and with such they arrived on the Ocean Liner Narkunda from London to Sydney on 13 April 1939. The family lived in Bondi and the men re-established themselves as jewellers and watchmakers. Brandman Expert Watchmakers and Jewellers had premises at 89 King Street Sydney from 1939. Brandman Jewellers demonstrates the continuity of business and life on the opposite side of the world for this Jewish family. The shop ran for almost two decades, finally closing in 1958 just before Fritz passed away in 1959. 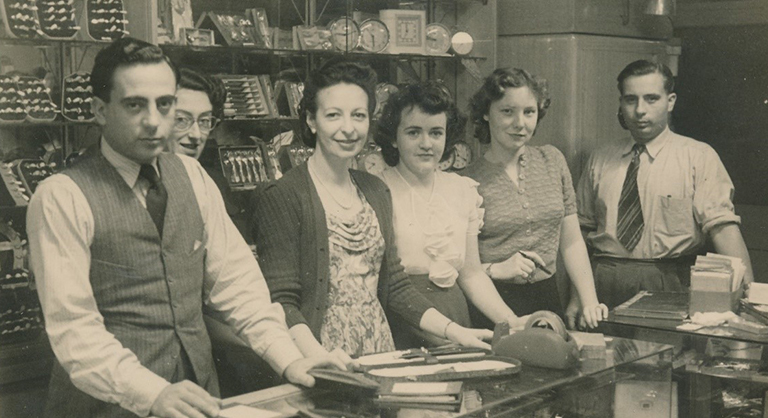