A pair of pants from Auschwitz

“It is amazing what treasures can be found sitting in the back shed or the garage*.

Today we received an extraordinary donation of an Auschwitz concentration camp jacket and pair of trousers – the latter represents the only camp trousers in our collection. They belonged to Wladzimierz Klunicki, a Polish man who fought with the partisans but was captured and sent to Auschwitz. He died in 1974 from kidney failure and other health problems resulting from his time in Auschwitz. He seldom spoke about his experiences. 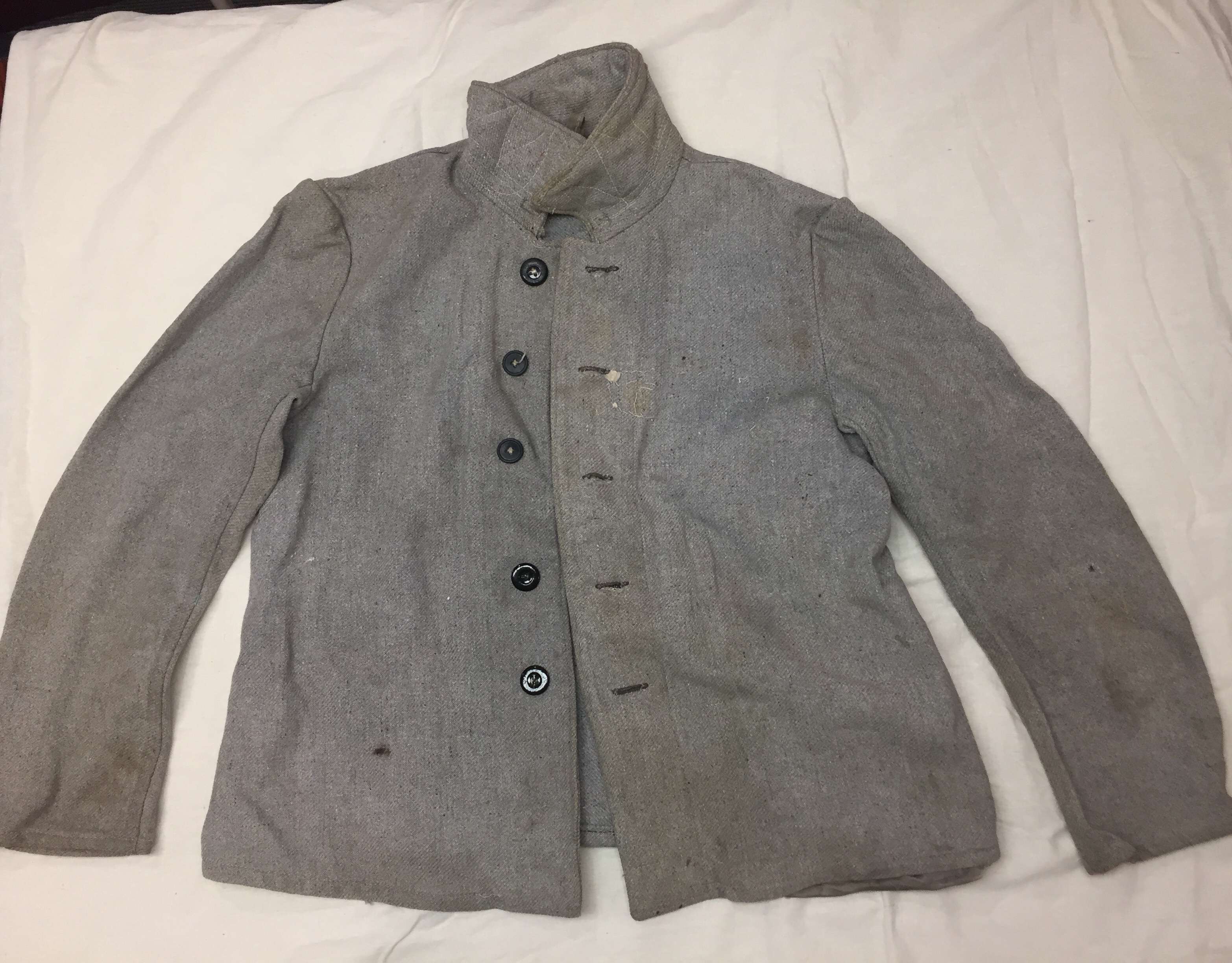 After arrival in the camp, those selected for work underwent the humiliating process of having their heads and bodies shaved. They were issued ill-fitting uniforms, registered and sent to the barracks.

At Auschwitz-Birkenau prisoners were also tattooed with a number. The donor, daughter of Wladzimierz Klunicki, recalls her father’s tattoo (which he later tattooed over with a heart) but does not remember the number.

While it may take some time to undertake further research about the man to whom the ‘uniform’ belonged, we can look to the artefact itself to discover its stories and secrets. The jacket is made of coarse cloth and consists of striped pants and plain, grey jacket. Not all prisoners received a striped uniform. Early prisoners in Auschwitz were given the tattered, unwashed military uniforms of murdered Soviet POWs, often encrusted with blood. 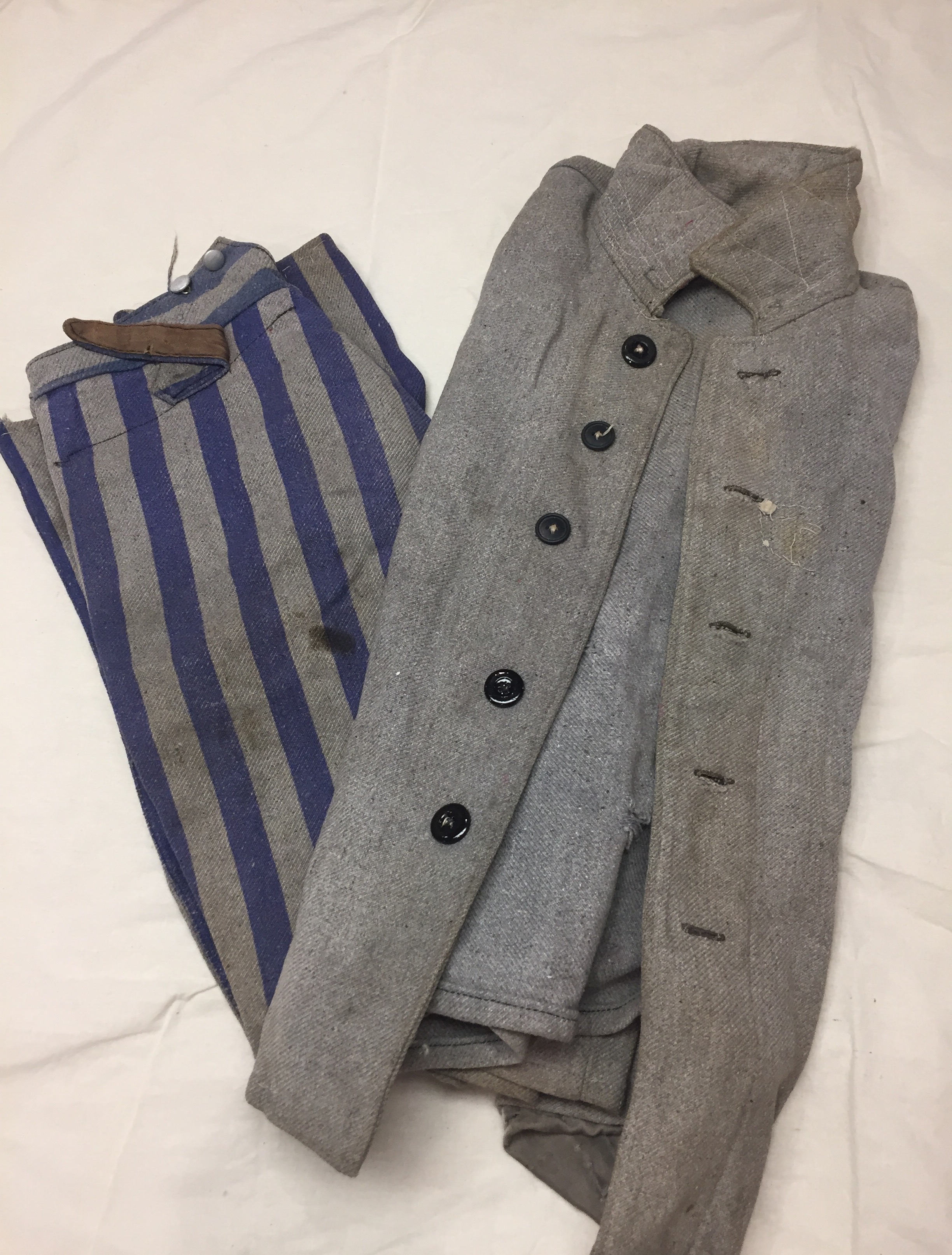 Prisoners were stripped of their individual identities and referred to only by their registration number. This number, stencilled or drawn onto a strip of cloth, was attached to their clothing with a colour-coded triangle so the reason for incarceration was immediately recognisable. Remnants of the hand-stitching that held his registration number are still evident. The number however, is lost for now. On the inside of the jacket the wearer has crudely stitched a piece of fabric which has an opening at the top – clearly a resourceful way of adding an invisible pocket, in an otherwise pocket-less jacket. The camp trousers made of coarse grey and blue striped fabric, have been altered with a rough hem.

As custodians of this remarkable object, we will endeavour to research further and share its unfolding story.

(*Note to reader: shed or garage is not an ideal place to store precious memorabilia)