Afro-Germans – Germans of African descent – are among the forgotten victims of German racism and Nazi terror.

Before the Nazis seized power in 1933, Afro-Germans made up approximately 25,000 people living among 65 million Germans. They were a minorite fatale, a tiny, unwanted but highly visible group. They came from the colonies located in West-, East- and Southwest Africa or the South Pacific Islands that Germany had lost after the defeat of the Great War in 1918. They brought with them children who were the offspring of ‘mixed marriages’ between Germans and Natives, deemed as Mischlinge, ‘mixed bloods’ or ‘half-breeds’. 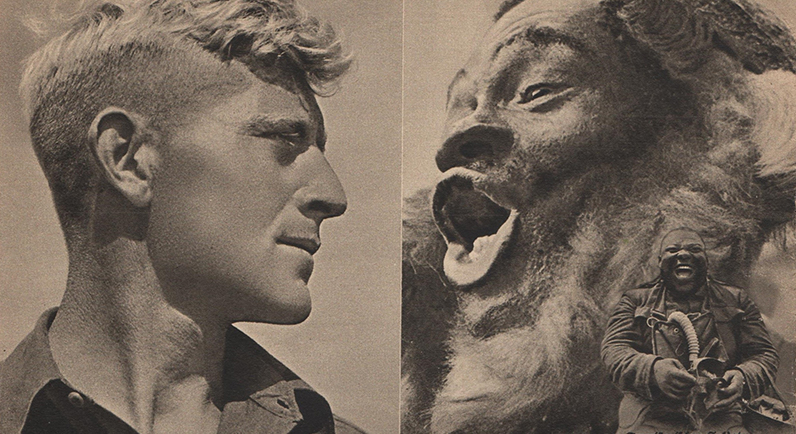 Granted German citizenship by the Wilhelmine Empire (1871 – 1918), Afro-Germans settled in Germany. With them returned the officers and men of the colonial protective forces, who had unleashed genocidal campaigns against the Herero, the Nama and the San people in Southwest Africa (now Namibia) between 1904 and 1908.

More than 100,000 men, women and children were shot, driven into deserts or incarcerated in concentration camps where the majority died of disease, starvation or exhaustion. In 2004 – one century later – the German Parliament apologised for the mass murder, though still refused to pay any restitution. This first genocide of the 20th century was a precursor to the German genocide unleased against the Jews during World War II.

Much smaller was another group of Afro-Germans: ‘mixed-race’ children born in Germany between 1920 and 1924. Following World War I and the Treaty of Versailles, the French occupied the Rhineland. More than 25,000 soldiers were deployed, some 5,000 were recruited from indigenous troops from French overseas territories in Africa and Asia. Many Germans responded with fear and panic, horrified by the appearance of black soldiers on German soil.

Race fanatics and nationalists quickly stirred up anti-black racism, spreading caricatures, speeches and pamphlets using the stereotypes about African men as sexual predators on white women. The arrival of black soldiers was seen not only as deliberate act of ‘humiliation’ of the German nation but also as threat to the ‘purity’ and ‘strength’ of the ‘Aryan master race’.

The hysteria reached its peak when some French African troops became involved with German women and produced children. The derogatory term ‘Rhineland Bastards’ was coined to describe the ‘mixed-race’ offspring. Race fanatics at the time demanded their forced sterilisation.

Anti-black racism fused with racial antisemitism. Adolf Hitler was quick to blame the “international Jewish conspiracy” for having brought the “Negros” to the Rhineland. Imprisoned in 1924 in the Bavarian fortress of Landsberg, Hitler wrote his political manifesto ‘Mein Kampf’ (My Struggle), stating:

“It was and is the Jew who brings the Negros to the Rhineland always with the same secret aim of ruining the hated white race by necessarily resulting bastardisation, throwing down from the cultural and political height and himself rising to be its master”.

It was left to Hitler’s Racial State to take steps against the ‘Rhineland Bastards’. The ‘Law for the Prevention of Hereditary Offspring’ was introduced in the summer of 1933, which sanctioned the forced sterilisation of almost 400,000 German people. By 1937, the ‘Rhineland Bastards’ were included in the sterilisation program. A special Gestapo committee was set up and given the task of ensuring the sterilisation of 385 teenage Afro-Germans. The youngest victim was a girl, aged 11.

Afro-Germans experienced a wide range of abuses under Nazi rule. Landlords evicted tenants from rented apartments. Employers sacked workers or sent job seekers away. Students at schools were humiliated, forced to attend special course in ‘race science’. Boys were not allowed to join the Hitler Youth, and girls were banned The League of German Maiden. In 1941 they were banned from public schools and universities. Later decrees following the Nuremberg Race Laws outlawed sexual relations and marriages with Germans. Deemed racially ‘inferior’, they were placed at the lowest level of the German ‘national community’, their lives spared but barely tolerated. Some Afro-Germans were arrested, recruited as forced labourers or incarcerated in concentration camps. Others were used as guinea pigs in medical experiments, sterilised or killed within the so-called ‘Euthanasia Program’, which perpetrated the state-sanctioned murder of almost 300,000 sick people. 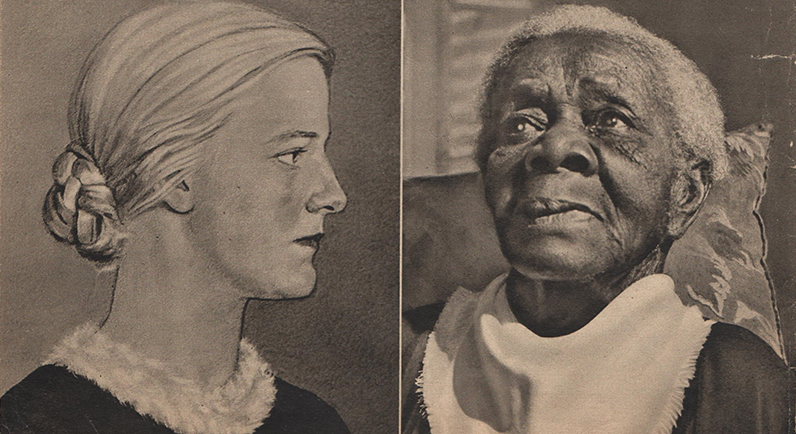 Afro-Germans rebuilt their shattered lives after the war – both in East and West Germany. They didn’t tell their stories of suffering and survival as there was no interest in hearing them. For many years they remained a forgotten group, excluded from all debates centred on coming to terms with the past. In 1979 the first study on the ‘Rhineland Bastards’ was published. Although took much longer before a few Afro-Germans began to tell their stories, and historians, journalists and filmmakers hastened to recover and shed light on their history.

Hans Hauck, the son of an Algerian father and German mother, was sterilised in 1937. He recalled: “It was depressive and oppressive… I felt only half-human”.

Thomas Holzhauser, another victim, declared: “Sometimes I am glad I could not have children. At least they were spared the shame I lived with.”

Born in Berlin in 1925, Theodor Wonja Michael, the son of a Cameroon father and German woman, never forgot the time spent as an “exotic African” in a “human zoo” – in an exhibition show staged by the Nazis. He remembered: “Of course, with my face I could not never completely disappear, but I tried. I avoided all contact with white women. That would have been horrible. I would have been sterilised and might have been charged with racial defilement.”

With the passage of time the old, tiny Afro-German community has all but disappeared. Today, Germany is a country with 83 million inhabitants; 17 million are descendants of immigrants or foreign residents. As elsewhere across the globe, hate ideologies are on the rise again; racism, ultra-nationalism and xenophobia. It is the deep-seated fear of the “other” that can result in hate crimes.