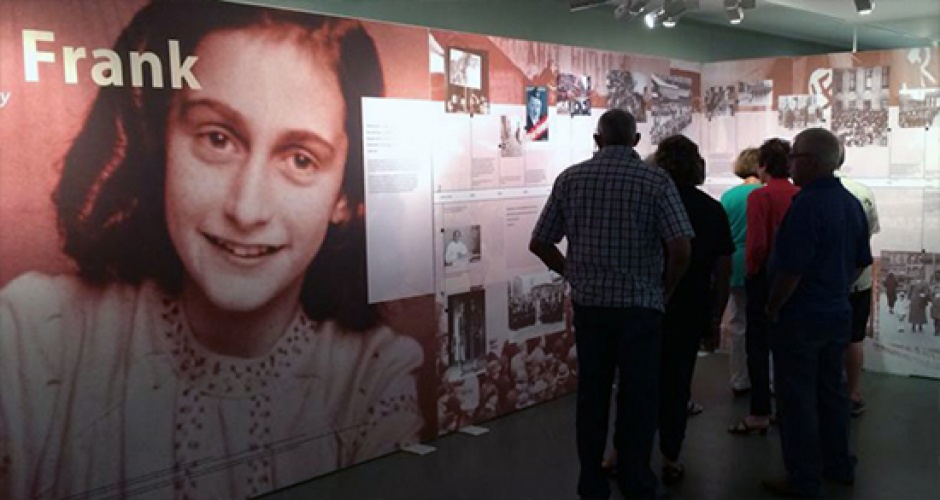 Anne Frank – A History For Today

There’s no question that Anne Frank’s story is synonymous with the atrocities of the Holocaust. Murdered in Bergen-Belsen, her voice survives in the form of a diary first published in 1947. Since then over 30 million copies have been sold and the book translated into seventy different languages.

The diary was a gift for Anne on her thirteenth birthday on 12 June 1942. She began documenting her thoughts and experiences while the Franks hid from Nazi persecution in a secret annex of Otto Frank’s office building on the Prinsengracht in Amsterdam, until their arrest on 4 August 1944.

Her story, so widely told, so well known, has become more than a story of the Holocaust. It has become a symbol of the struggle by one so powerless against the machinery of hate and bigotry.

When one person becomes a symbol, it’s easy to lose connection with their actual life — their loves and losses, their individuality and their uniqueness. It begs the question: does Anne Frank’s diary still connect today? After more than seventy years, does her story still evoke the horrors of the Holocaust in a way that statistics and politicians speeches fail to do?

Like all good writers, her voice reaches through history and resonates in our hearts today. The answer appears to be a resounding ‘yes’.

It is not just Anne Frank’s fate, but her literary power that sustains her very personal story. Like all good writers, her voice reaches through history and resonates in our hearts today. For this reason, modern authors continue to respond profoundly to the fifteen-year-old diarist.

“It is so easy to think of people who suffer, or have suffered, as other than ourselves. The very magnitude of the Holocaust means that single voices can be lost. Anne’s words make it personal. It is so very easy to lose track of major events in history. There are many to remember. It is much harder to forget the voice of Anne. Anne has been my companion, perhaps, for the forty six years since I read her book.”

New generations will be moved by Anne’s individual, alarmingly insightful and honest voice. The exhibition runs at the Museum to June 8.

You can read the full Jackie French conversation here.