COVID-19 update: Our museum is temporarily closed. Click here for the latest updates. 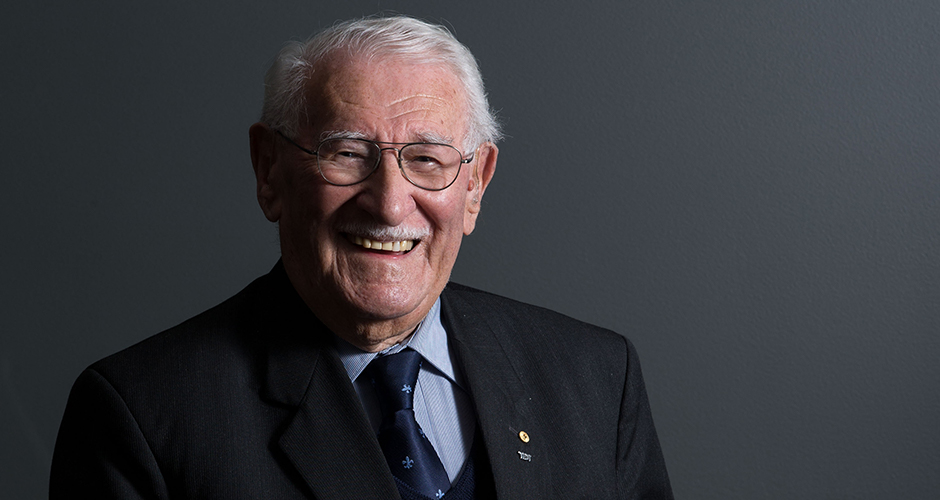 Each week, Eddie tells his story of survival of the Holocaust and his messages of happiness, resilience and inclusion to school students. Eddie was integral in the establishment of the Sydney Jewish Museum in 1992, and since then has volunteered at the Museum, continuing to give his time and heart to ensuring the lessons from the Holocaust are passed on.

Your donation to the Sydney Jewish Museum will help ensure that Eddie’s messages continue to inspire positive change in future generations.

In 2019, the Sydney Jewish Museum launched a new campaign; Be a mensch. This campaign takes the lessons from the Holocaust to inspire individuals to do more for others, their community and society at large, because right now, the world needs more people doing good. The campaign urges the next generation to think about their impact on the world, and to create positive change.

Your support of the Museum for Eddie’s 100th birthday will help us grow our ‘Be a mensch’ campaign; to build meaningful relationships with students who visit the Museum and continue to inspire them with Eddie’s hope for the future.

“No matter your religion, belief system or gender, humans have the right to be treated equally.”
Eddie Jaku OAM

We appreciate all donations. Donations over $2 are tax-deductible.